We often talk about the “Be Well Family” and try to stay close to our participants, some of whom have been part of what we do since the very first sessions. Their stories are part of our story and here are some of them. 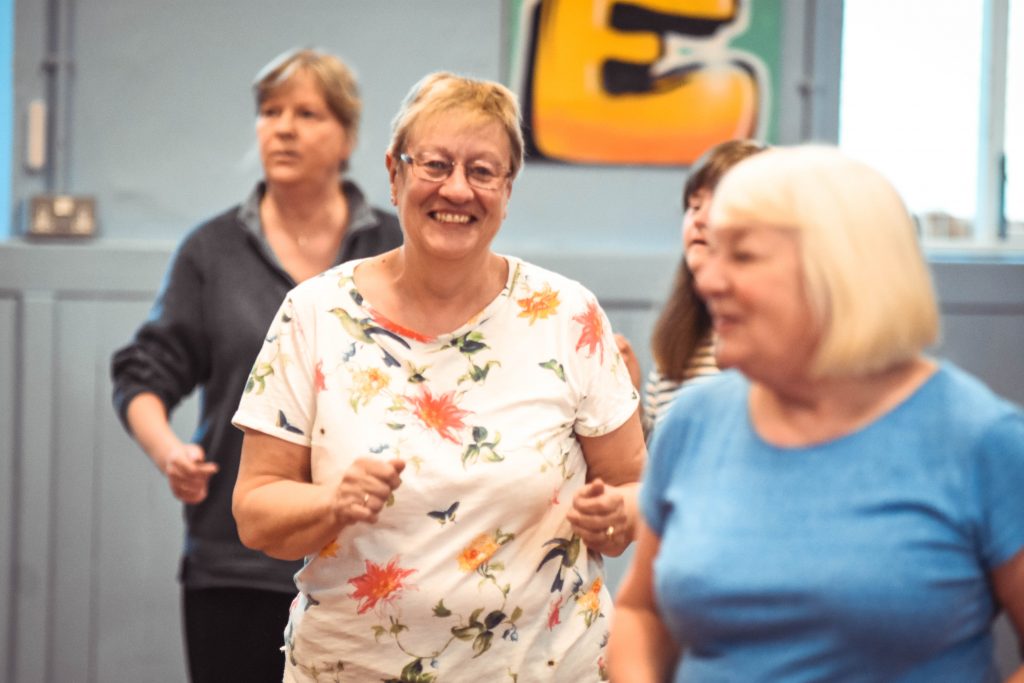 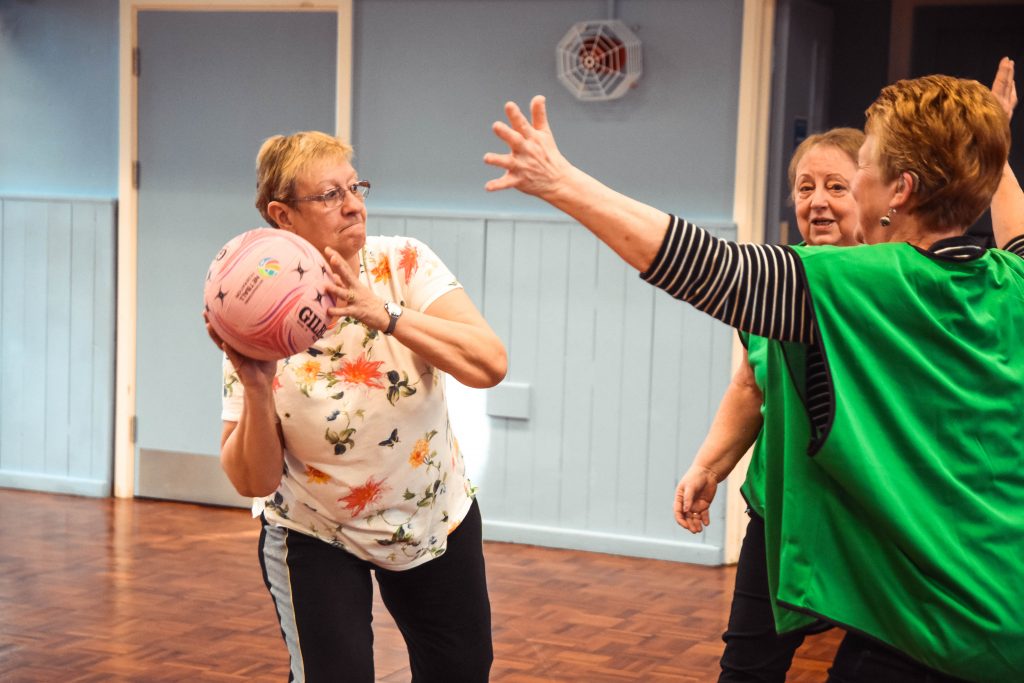 Having worked all her adult life Ann (65) had looked forward to enjoying a leisurely retirement. Like many others, however, she soon found that the initial sense of being on holiday was replaced by a feeling of aimlessness, the days began to drag and her mood was negatively affected.

“Luckily” she says “I saw a post on Facebook advertising something called Walking Netball and thought I’d give it a go. I had played Netball at school and enjoyed it but I was fascinated by how it would work if you couldn’t run.”

The first thing Ann discovered was that Walking Netball involves a lot of laughing, quite a lot of chatting and very little in the way of cut-throat competitiveness. In fact, nobody keeps score and nobody can be what she calls “a star turn” as an early rule modification was that when your team gets the ball everybody has to receive and give a pass before someone shoots. Ann enjoys Netball so much she even went for a brew every week when a gardening-related injury meant she couldn’t play.  Ann told Be Well that she ‘looks forward to Mondays all weekend’ because of her morning Netball session.

After a few months when numbers had grown and people were enjoying feeling that little bit fitter and the talk over the post-session tea and biscuits was what else the group could do. Someone mentioned that their daughter enjoyed a dance-based fitness session at her local leisure centre and before long “Gentle Dancercise” was born. Led by an experienced dance instructor, the session involves learning short routines and then doing them to the music of the 50s, 60s and 70s. “It’s wonderful” says Ann. “You really can dance like nobody’s watching, because they’re not. We dance, we sing, we laugh and then we have a brew and a natter. Kirsti [the activator] is great, never pushes people and even encourages people who are getting puffed to sit down for a song or two. There’s never any pressure.”

As demand grew the new session in Whitfield had a Beginners section added and a second session was put on in Hadfield. Ann does them all, is active in organising group “socials every couple of months” and even volunteers at the Community Café social eating events organised by Be Well’s spin-off organisation Eat Well Glossop. “Retirement has really started making sense for me” she says, with a smile which tells its own story.

“Walking Football saved my life” sounds like the sort of headline you’d read in a tabloid or gossip magazine, but one of our regulars, Keith Clegg, has actually said those words to us. Keith – universally known as “Cleggy” – is the 73-year-old poster boy for our Glossop walking football session. He’s featured on flyers, in newspaper articles and on the beer mats in our favourite beer and wine bar. He’s played at the FA’s palace of development at St George’s Park and against the official Parliament Walking Football Team. He played when we had four people at each session and he played in the glory days before every town had its own Walking Football session and we had 24 players turning in. He loves walking football. 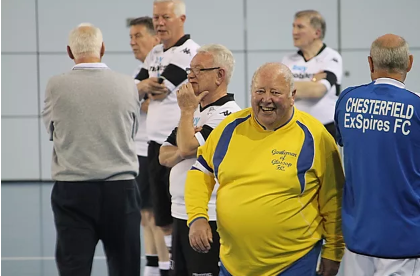 But when he first came to our sessions he was not a well man. As an older man Cleggy, a former semi-professional footballer, had taken up golf and loved it, but following an “episode” he found himself without a heart, reliant on technology and unable to manage one hole of stick and ball, let alone 18. And it got him down, it got him down badly. Where do you go when you can’t play golf any more? For far too many people the answer is “nowhere”, but for Cleggy, thank goodness, it was “walking football” – a pastime he took to like a duck to water. His commitment to playing beautiful football had somehow survived the years and he immediately started demanding the ball to feet, bossing the midfield and stopping every ten minutes or so to let his pacemaker catch up. He laughed, we laughed and he started to get better. At Christmas 2013 he was visiting the heart clinic every week and struggling to get through his regular MOTs. Twelve months later he only had to visit the clinic once a year and sailed through his regular checks.

More to the point he feels happier, gets more involved with his three boisterous football playing grandsons and not long after we had played Parliament (the first time) and Cleggy had met the Sports Minister Helen Grant, his son tweeted to Helen saying: “Walking Football has been a new lease of life for my dad.”

Walking Football is a wonder drug which works on the body but more particularly the mind. We are social animals, and the motivation to keep coming to football – contact with other men with a shared interest and membership of a friendship group – is so strong that its easy to keep taking the medicine.